Arizona DUI laws prohibit driving with any illegal drug in your system. Marijuana is unique, however, because of its evolving legal status. Since 2010, under the Arizona Medical Marijuana Act (AMMA), qualified patients, who are registered with the Arizona Department of Health Services with current registry identification cards, may use and possess marijuana. But just like for alcohol and prescription drugs, Arizona has zero tolerance for driving while impaired by marijuana. Additionally, irrespective of impairment, drivers cannot have active marijuana in their body while driving. The only exception is an affirmative defense, under the AMMA, as ruled in Dobson v. McClennen (P.3d, 2015 WL 7353847, Arizona Supreme Court 2015). The Court of Appeals reaffirmed this defense in Ishak v. McClennen (Arizona Court of Appeals 2016). 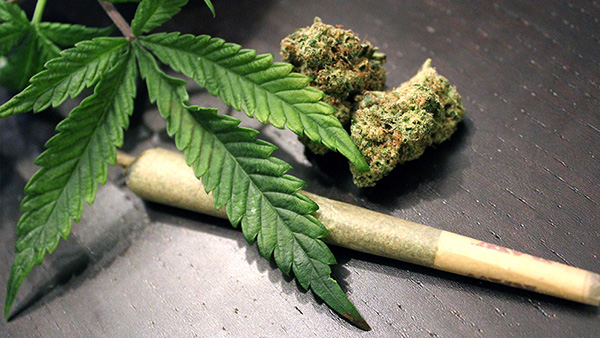 This is problematic because we increasingly rely on our medical professionals to diagnose and treat a variety of conditions. Mainstream medical surveys show that 7 out of 10 Americans take daily prescriptions; furthermore, 2 out of 10 Americans are taking more than 4 medical prescriptions. And many pharmaceutical drugs don’t actually diminish or impair driving; they often improve driving. Everyone’s body-chemistry and medical needs are different. Prescription drugs have a wide range of therapeutic and toxic effects depending on the person’s use, chemistry, and interaction with other substances.

There Are Two Misdemeanor Marijuana DUI Charges in Arizona:

Under the medical marijuana DUI defense, you may have active, therapeutic levels of marijuana in your system, so long as it’s not impairing you while driving. Unfortunately, this burden is on the Defendant. As such, the Defendant either needs to testify on his use of marijuana, or use an expert witness to discuss the theoretical effects of the alleged marijuana in the defendant’s body.

What type of marijuana must be in the body to justify prosecution?

Arizona’s DUI laws outlaw driving with THC in the body; THC is the psychoactive constituent of marijuana. A driver can also be prosecuted for any impairing marijuana metabolite found in the driver’s blood or urine sample.

Marijuana’s active ingredient is THC; as such, you cannot have that in your system while driving. When your body processes or metabolizes THC, it turns into 11-Hydroxy-THC. It’s illegal to drive with Hydroxy-THC in your body because it can cause impairment. The body then further processes (or metabolizes) Hydroxyl-THC into 11-nor-9-Carboxy-THC. Carboxy-THC is NOT an impairing metabolite; and as such, a driver with only Carboxy-THC should not be prosecuted. Prosecutors will decline or dismiss a marijuana DUI if only Carboxy-THC is present. In 2014, the Arizona Supreme Court barred the prosecution of marijuana DUI when only Carboxy THC is present.

How do Police Identify and Test Suspected Drugged Drivers?

Unlike an alcohol test, which measures BAC levels and correlated levels of impairment, a reported marijuana level cannot conclusively tell us whether a driver was impaired. The test only estimates how much marijuana was in the driver’s system based on a sample of blood or urine. Thus, we’re often left with an officer’s biased, untrained, and subjective testimony; the Officer reports that he thinks the driver was impaired based on his non-medical observations.

To combat this shortcoming, law enforcement invented its own way to test for drug impairment. They created drug recognition programs, in which they appoint officers as drug recognition experts (DRE’s). These self-proclaimed experts take a brief law enforcement class and test that certifies them to recognize drug use and impairment. DRE’s are called out to marijuana DUI investigations to examine drivers suspected of marijuana use. There’s no outside scientific studies or entities to support law enforcement’s DRE programs; the DRE’s are only supported by their own biased studies, tests, and programs.

A major problem with DRE officers—in marijuana cases especially—is that they almost never admit a mistake when tests confirm there’s no active marijuana in the Defendant’s blood. Once they suspect past marijuana use, they’ll almost always testify that the driver smoked it recently and was impaired. For example, if a driver tells an officer that she has a medical marijuana card and smoked a day earlier, the officer will go on a fishing expedition to find marijuana and look for signs of recent use. This is classic confirmation bias, self-fulfilling prophesy, and avoidance of cognitive dissonance. Officers seldom admit error or wrong doing—especially when it comes to their own investigations.

While a Defendant can theoretically be charged and convicted of both marijuana DUI charges, only one sentence can be imposed by the Judge.